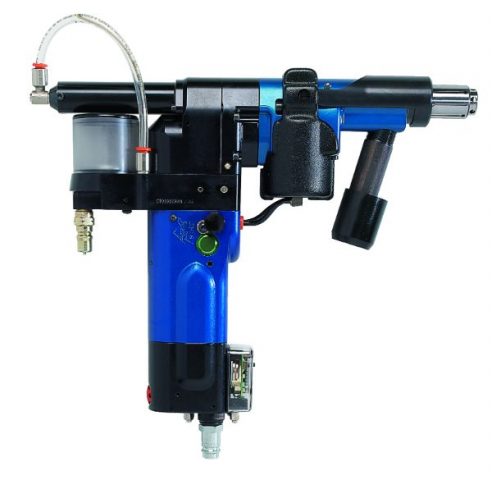 Conventional drilling devices can put a lot of strain on someone’s wrists. That’s not a problem if the work requires a few dozen drill holes. However, what if that’s the entire job? All day long, perhaps far into the night shift, all the workers on a sprawling factory floor do is drill one precisely situated opening after another. Taking the strain out of the work, Desoutter Pneumatic Drilling Units make life easier for all concerned.

The human factor is a central part of any productivity equation. Wrist injuries hurt company bottom lines, after all. Anyway, determined to be more proactive, industrial customers don’t just want a fastening system that eliminates productivity sags, they want advanced solutions that actually augment worker efficiency. Therefore, while Desoutter Pneumatic Drilling Units are light and built to meet the latest ergonomically decreed handling guidelines, they’re also designed to accommodate the most demanding work conditions. Remember, unlike a construction site, where fasteners are maybe fitted ten or fifteen centimetres apart, the industrial applications referred to here require drill holes that are one, maybe two centimetres apart from one another. Think, just for a moment, about the number of fasteners it would take to complete a massive framework of metal parts here.

At one end of the scale, small housings and automobile components need a few hundred, at most a few thousand screws. There’s countersinking work to be done, too, plus a finite amount of torque control. Pneumatic drill units make short work of such tough applications. Moving up in scale, we reach aerospace applications and behemoth-like industrial machinery. Thousands upon thousands of fasteners and drill holes are used to securely assemble these massive machines. On an aircraft alone, there are worries about cabin depressurisation and edge-to-edge aerodynamic trim. There can be no gaps, no cracks or loose fasteners when assembling an aircraft.

So, how has the Desoutter Pneumatic Drilling system become so interminably entangled with industrial applications like the ones just described? For one thing, thanks to that lightweight, ergonomic build, these air-powered tools can be repeatedly and precisely manoeuvred into any hard to reach drill hole site. Their modular configuration further underscores that feature. Indeed, 2.8 HP ST1200 and ST2200 Seti-Tec line motors transform with ease. They snap into place against C-Clamps and Jack Clamps, then they accept bayonet attachments and concentric collet mounts to handle contrasting industrial demands. Working over the length of an aircraft frame, just as one example, the air-tools use their programmable cycle counters and oil-free turbines to effortlessly form thousands of precision-situated drill holes.

For more information, visit our Desoutter page or contact us.