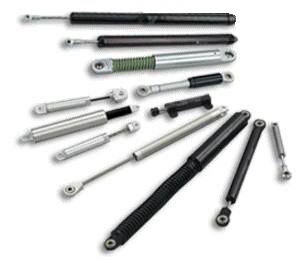 Technologies such as rate controls and lift-assist units are shaping the future of aircraft stowage by reducing maintenance time, increasing product longevity, and improving the passenger experience. Aircraft bins have come a long way since the initial use of automotive-style gas springs for bin actuation. Leading airlines and manufacturers have moved to custom hydro- mechanical units which allow for much longer service life, ease of operation, and lower total cost of ownership (TCO).

Since the late 1980s, ITT Enidine has designed, manufactured, and installed motion control products for major aircraft manufacturers such as Boeing and Airbus. Earlier bins from the 1980s and 1990s were fairly simple. Most single-aisle aircraft used shelf or fixed bins where automotive-style gas springs raised the bin door for passengers to store their luggage. These gas springs, made from stamped steel, used compressed nitrogen for actuation force. In addition to being heavy, their service life was short, due to a portion of the gas leaking by the unit’s seal each and every time they were used.

To solve this service life issue, ITT designed the gas spring replacement (GSR) actuator. GSRs have a service life of more than 250,000 cycles, more than 10x that of a typical gas spring. The ITT GSR was designed with lightweight aluminium and plastic components. Its controlled actuation made certain that bin doors opened fully at a controlled speed for the passengers, while reducing airline maintenance time and cost during the life of the aircraft.

ITT optimized its fixed-bin product and later introduced rotary hinge dampers (RHD). While the RHD provided reliable spring actuation, similar to the GSR, it did so with fewer components and a smaller size. One RHD replaced the early model actuator, actuator cover, hinges, and mounting hardware. This saved on both initial cost and installation time. Additionally, the smaller sizes provide the flying public more room in the stowage bins for their carry-on luggage.

Since then, stowage bins have increased in size and complexity, creating additional requirements and complexities for suppliers to consider. With more air travellers and extraneous fees, airlines are handling more carry-on baggage than ever before. This marketplace demand has driven innovation to increase the volume and functionality of stowage bins, while reducing weight. As airline, manufacturer, and passenger needs continue to evolve, aircraft are increasingly moving toward drop-down bins – bins that move and pivot toward the passenger when opening, and close upwards – giving the person in the seat below more overhead space. These modern-day bins can be the size of a small refrigerator to accommodate up to 100 lb of luggage, and must meet rules and regulations for lift assist and hand-force support for flight attendants and air travellers.

A leading commercial aircraft manufacturer recently developed a new interior style for its narrow-body airliner. The bins are larger, passenger-friendly, and allow for greater baggage capacity and heavier load. The airframer requested a rate-control product that would open the drop-down bins at a consistent rate, no matter how much luggage was loaded in them. This technology had yet to be developed, so ITT Enidine engineers designed a patented solution – load compensating rate controls. This technology would allow the stowage bin to open at a consistent rate, whether empty or filled with up to 110 lb of luggage.

Load-compensating rate controls also act as a safety precaution. Since the previous rate control model allowed for a wider opening time range, the bin could drop down quite quickly when fully loaded, possibly hitting a passenger or airline employee. By providing improved control of the bin, the rate control technology prevents this safety concern. In addition, this technology protects and prolongs the life of the bin itself, acting as both a rate control and positive stop each time the bin is opened and closed.