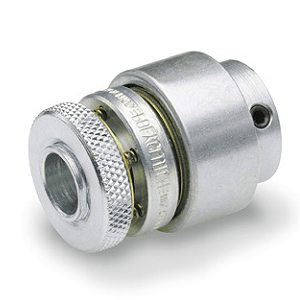 As a general rule of thumb, large mechanical equipment lines function as a meshing whole. A load is moved by a power transmission chain, that load is manipulated, then the process repeats. Employed in a complex mechatronics-ruled facility, a production plant that’s automated, that carefully crafted layout works like clockwork. Where, then, does a precision slip clutch fit into this balanced mechanical system? Let’s start with process decoupling control.

As any car owner knows, the third pedal in a manual transmission vehicle operates the clutch. That same principle works inside automated machinery, although no pedal is required. For example, drive motors use gearing trains to move robotic arms and rotate another section at the end of that arm. A decoupling sequence allows the load to be disengaged from that drive system so that the robot arm “freewheels.” Decoupling control is made possible by precision slip clutch technology. Conveyor systems require this feature when they pause or change direction, and so do the sorting and indexing machines that operate ceaselessly in packaging warehouses.

The decoupling clutches and brakes that isolate a load from a drive shaft are essential. All the same, precision slip clutches are designed for more. These devices deliver finite quantities of torque, so a robot arm gains the capacity to manipulate a fastener with the same kind of dexterity that’s found in the human hand. A mechanical armature fitted with one of these clutching controllers gains a talent for capping bottles, screwing fasteners, and applying the correct amount of tension to an end-tool assembly. Imagine that latter feature, with the tension controller delivering just the right amount of “kissing” force so that a label is daintily applied each and every time.

Designed to operate continuously without generating friction, the technology really highlights that initial descriptor, the “precision” feature. Picture a powerful mechanical piston moving at speed. It hovers over a box and lightly deposits a stamp, one that doesn’t disturb or shock the application surface, which could be a delicate paper or film medium. That one feature means a superior clutching device is a prerequisite in printing and packaging technology. Similarly, that torque control function makes short work of bottle capping in a beverage production setting. Replaced with a fastener tool, that same feature benefits any assembly plant, including those car manufacturing plants that sprawl around the globe.