What are the Advantages of Using Desoutter Pneumatic Grinders? 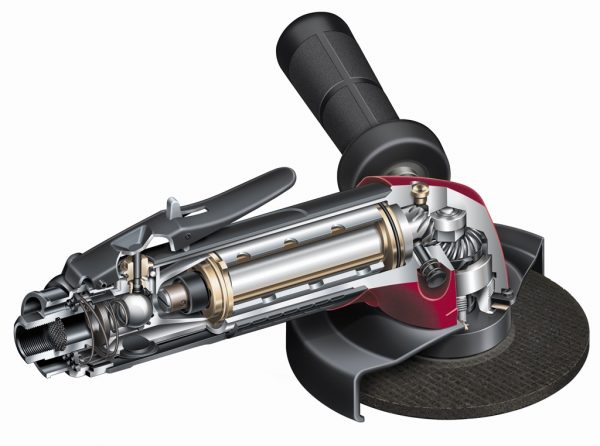 Desoutter pneumatic grinders can come in various forms. They could be collet grinders, grinders for cone wheels and type 1 wheels, and grinders for depressed centre discs and cut-off discs. Further information about these tools and their specifications are available if you contact Enkosi.

It is normal to expect the possibility of electrocution and fire when using an equipment such as grinders. This is due to the presence of cords and wires that are susceptible to damage and breaking. Exposed cords and wires are the number one cause of electric shocks. Aside from that, grinders can also be used in areas with moisture and flammable materials which causes fire. This is where pneumatic grinders are significantly beneficial. They are considered as air tools that require zero electricity and they have rotating vane air motors that generally have no spark.

As mentioned above, pneumatic grinders perform better than most tools to an extent. Look at it this way, traditional grinders depend on the revolutions per minute (RPM) which will indicate the performance of the grinder. The grinding wheels, fibre discs and flap wheels all operate at a certain RPM. Pneumatic grinders are different, they have a speed control mechanism called governor which regulates air flow on the tool, thus controlling speed and accuracy.

Most tool owners are aware that harsh environment as well as harmful elements can significantly reduce the life span of an equipment. Exposure to moisture and sunlight can damage or deteriorate the condition of their tools. Aside from that, other heavy-performing equipment have a duty cycle – time allowed to operate without risk of tool failure. An electric grinder, for example, is only allowed to continuously run for four minutes at a time with a resting period of a minute. Such breaks in operation can decrease productivity. Pneumatic grinders are able to skip such a limitation. In fact, they can operate 24/7 with filter regulator lubricant. They are also made with aluminium or steel casings that makes them moisture resistant. They can also be used underwater if their exhaust vents are structure above the surface.